In April, a key hand suddenly announces the time has come to start his own company; most established contractors know what it’s like to get that news. And many have re-hired that employee, once the would-be entrepreneur understands how difficult it is to manage stress, cash flow and sales.

On the other hand, many of those same contractors have had a special employee that ended up launching independently, with the established owner’s blessing. In these cases, the employee/employer relationships were different before, during and after the fact. And the relationships continue in terms of mutual respect. For example ... 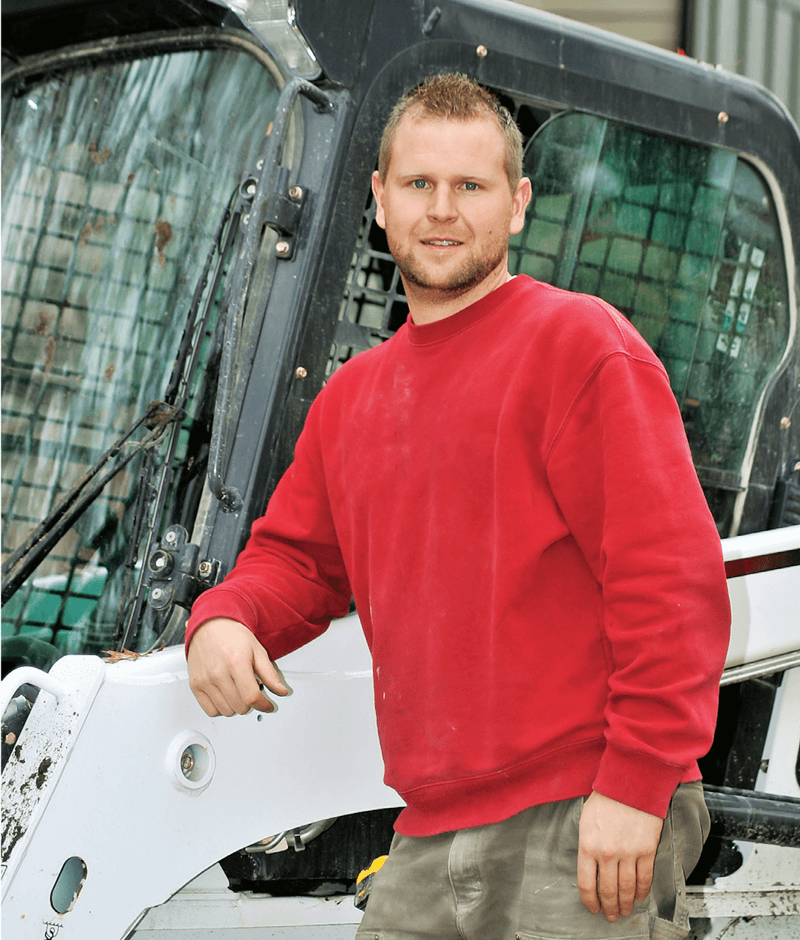 You have got to give it a shot,” says Kevin McAulay about his decision to start his own company.

Allweather Landscape is an established Toronto contractor, headed by Phil Charal. Charal remembers his reaction the day employee Kevin McAulay broached the idea of heading out on his own: “Why would anyone but an idiot ever want to go into landscape contracting?” Failing to convince McAulay otherwise, Charal settled into a cooperative relationship with his former employee and the new company, McAulay Design Build. Today, Charal uses McAulay as a sub, and McAulay feels comfortable dropping into Allweather often.

McAulay says Allweather’s reputation and profile prevented him from going on his own even earlier. “It’s a great business to work for. I was privileged to work on a team doing quarter-million-dollar jobs. I felt that I was more than just an employee; that Phil and I could talk at another level.”

McAulay’s father was a long-term foreman with Allweather. Brian “Ollie” McAulay passed away in 2005, the year Kevin graduated from high school. Kevin McAulay began to work on Allweather projects at a young age, and was promoted to foreman.

While still employed with Allweather, McAulay’s own contacts often phoned him for weekend jobs. He eventually felt he had enough experience, and enough work lined up, to launch on his own. McAulay had known he was destined for the business from a young age: “Other kids bought playstations, I bought tools.” He was proud of his personal tool collection during his time with Allweather. The practice gave him a big advantage at his launch, as he already owned nearly everything but a skidsteer and a dump trailer.

“I keep my tools organized in my truck. I have three stone saws, because I hate down time.”

McAulay says he is a big fan of quality work, and recognizes that quality is more than a motto, “Things are very different when you are playing with your own money.”

Asked what his advice would be 20 years from now, if a young employee approached him the same way he had approached Charal, McAulay says, “I would tell him it is hard to find good guys. I will be there for you, and I will shoot some work your way.”

McAulay says Allweather has had a lot of guys go back to the company, because they found being on their own too stressful. They had no weekend time. McAulay says balancing time is the biggest challenge, but he is determined to make it work: “I am planning for the future; I have a five-year-old daughter to make time for.” 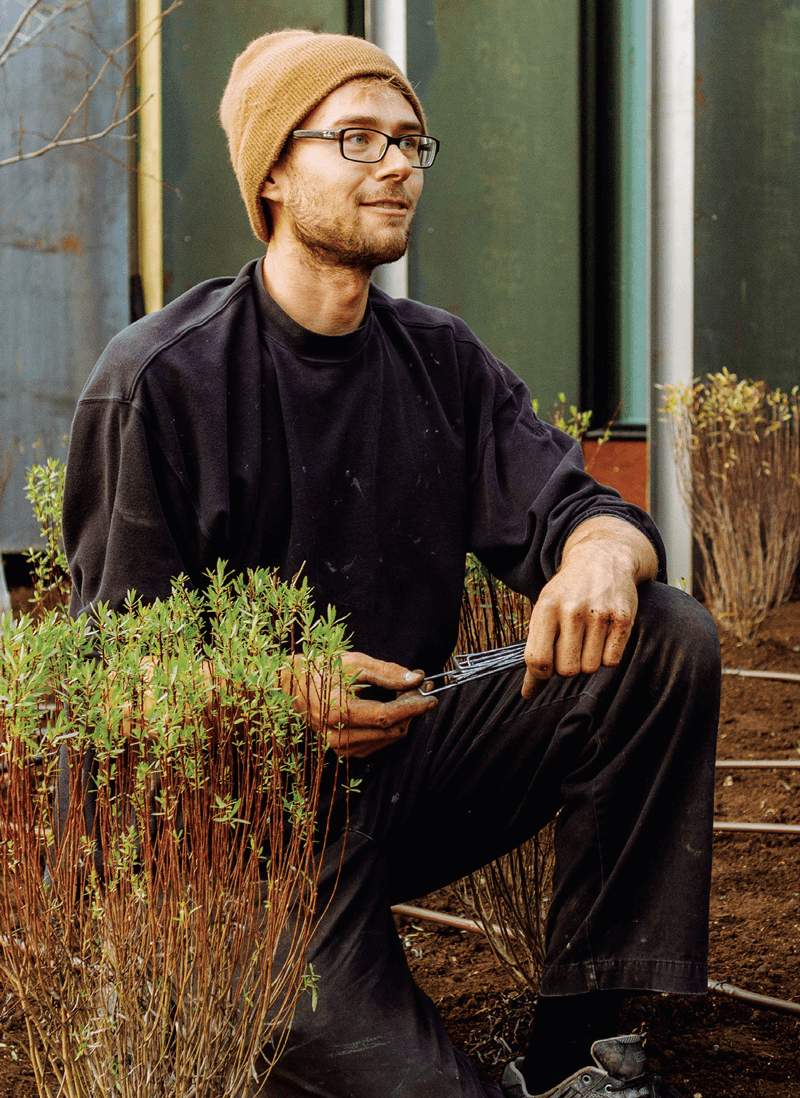 Claywork Landscape Design and Construction of Winnipeg, Man., founded by Nick Alexiuk and now in its fourth season, has carved a successful niche in high-style landscape design and installation. Would Alexiuk recommend business ownership to other, would-be landscape contractors? “Yes, if you enjoy the leadership role and are a self-motivated type.” His confidence today may have a lot to do with Keith Lemkey of Lemkey Landscape Design, who gave a chance to a young, unskilled Alexiuk.

Lemkey said, “Nick did not know hand tools. After one summer, he found out he enjoyed tools and outdoor work with his hands.” Over the years, several Lemkey employees have indicated ambitions to strike out on their own, and Lemkey developed a strategy in response. “I ask them to continue working for me while they take apprenticeship or another training program, and then we both decide that when they are ready, they can go work for themselves, as well as become one of my sub trades.”

Lemkey hires his mentored subs at set job rates; the plan has worked very well. “Negotiating a price with a company that I trained provides me with a fixed cost to my labour, no different than what my plant materials will cost.”

Alexiuk earned a degree in landscape architecture from the University of Manitoba during employment with Lemkey. While university-taught design values are critical to his business model, he is also enthusiastic about on-the-job lessons learned through his landscape coach. For example, which suppliers to use: “Keith already knew exactly where the premium product was located, found the suppliers that genuinely wanted to work with you and would go out of their way to accommodate your needs. I think the fact that our company didn’t have to go through a rigorous process of finding the right suppliers prevented a lot of mistakes.”

Nick also noticed Lemkey’s efforts to communicate with clients. He said, “Keith has excellent relationships with his clients. He always stressed the importance of keeping constant communication. I have witnessed other tradesmen overlook the need to maintain communication with a client; the outcome can lead to a tainted relationship — it is easy to lose trust this way.”

Keeping clean job sites is another lesson learned. “Claywork has emulated this aspect of Keith’s operation, and we have received an overwhelming amount of positive feedback on our cleanliness from so many clients.”

From his perspective, Lemkey enjoyed watching Alexiuk’s view of the landscape business mature. Lemkey says, “I share a lot with my staff, but many of them see morning meetings as my only responsibility.” Lemkey says Alexiuk eventually told him, “I had no idea what you did all day. Now I have so much more respect for what your business entails.”

Lemkey seems proud that Alexiuk is mirroring his footsteps: “Do well, be creative, satisfy the client.”

Claywork is currently a small operation, consisting only of Nick Alexiuk and his brother Luke; the importance given to maintaining standards and design detail has been a factor that limited growth. “My brother and I understand that change is inevitable, and we will not be young forever. My fiancée calls me a workaholic, a personal challenge I have is developing a more appropriate balance. It seems that all the hard work and long hours are paying off though; I’m excited to see what is in store for the future.” 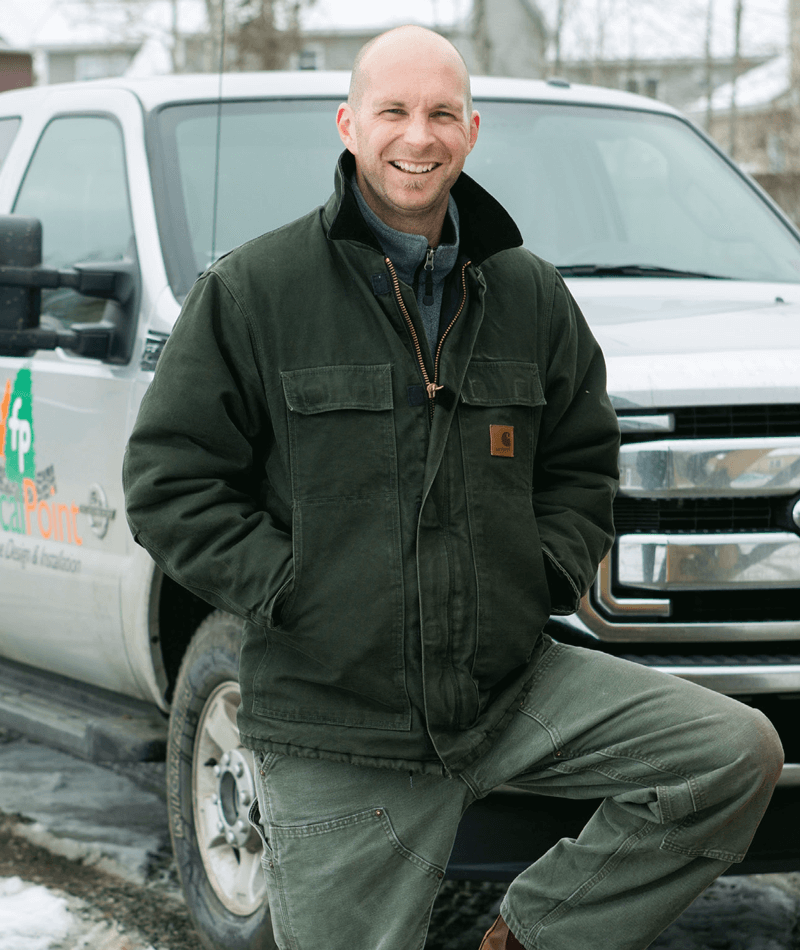 Rod knew my plan was to go out on my own; no employer is ever happy to lose an employee, but Rod was supportive, gave me attention and went out of his way to help me.”

Dave Milburn started his Fredericton, N.B., company, Focal Point Landscape Design and Installation, in 2008. He credits much of his success to his seven or eight years’ work experience with Rod Wetmore of Wetmore’s Landscape, Sod and Nursery.

During his first summer at Wetmore’s in 2000, Milburn worked in all areas of the diversified company, but landscape piqued his interest. He eventually managed Wetmore’s landscape department. Milburn’s formal education included two years at the University of Fredericton and four at Nova Scotia Agricultural College.


“I got more and more excited; I finally decided I have to do it now! When I first told him the news, Rod was disappointed, but when the smoke cleared, Rod immediately extended me contractor rates for his supplies and plants.”

Rod Wetmore says, “It was time for Dave to move; he has a quality of passion for the industry. If I have to lose an employee, I might as well gain a customer, and sell him some stuff.”

Milburn especially appreciates the tips he learned from Wetmore on estimating. “Another big thing I learned from Rod was efficiency, making the most of resources, maximizing billable time. Rod always asked me about doing things faster — that challenged me.”

Milburn says Focal Point does many things differently from Wetmore’s, but he hopes that Rod “sees us as a professional company.”

Miburn is a big believer in hands-on learning, as well as school. “I needed both to get my opportunities. If you don’t have a learning curve from an older generation, you are not going to cut it. Be humble, start from the bottom, and work. There is lots of opportunity, but you cannot seize it fully if you have not worked your way up.”

Both Wetmore and Milburn believe in supporting the industry; Wetmore is a past president of Landscape New Brunswick, and Milburn serves as its current president. Wetmore says of Milburn’s involvement and industry ownership, “He saw me do it, but I don’t think we ever talked about it.” Rod Wetmore is a second-generation business owner; he participated in the family business since he was 12, and says he knows what it is like to dig in the rain.

Milburn recalls hearing Wetmore tell his guys, ‘Thanks for the help!’ every day. “So I make sure to thank my guys every day.”