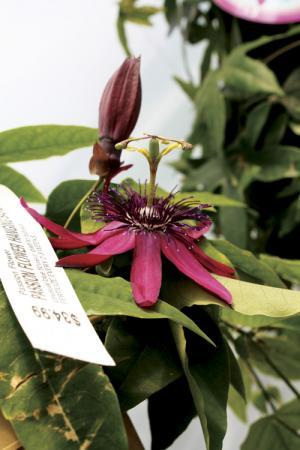 Pricing products and services is one of the most misunderstood aspects of business today. There are so many myths and much misinformation out there, that confusion reigns supreme.

My friend asked his father, “What if the Winnipeg prices are too low for a plant and then we go ahead and price it lower than what they charge? What if the fellow down the road is too high on a plant and we charge even more? Why don’t we determine our actual costs of production before we set our prices?” Great question! Why doesn’t every business determine its pricing, based on the cost of offering that product or service? Why do so many businesses choose pricing based on what others charge, and then hope for the best?

When I started out in business in 1977, I didn’t know what prices to charge for my landscaping services. What to do? I phoned two of the top landscape companies and asked both of them what to charge. They both gave me a number that was high, but I didn’t know that it was high. They somehow thought this was a great practical joke to play on the new kid. I went with their suggested price, firmly believing that I was within the ball park of other estimates. Ignorance was bliss.

Instead of forcing me out of business because my prices were too high, it had the opposite effect. I made money. Good money. It turns out that while I suffered from naiveté, I was a good salesperson. As the Chinese adage goes, it was a “happy mistake.” That was my introduction to the world of pricing. As a form of poetic justice, both companies that mislead me went bankrupt in the next 15 years, whereas I never have had a losing year, ever.

In my first year or two in the business, I ran into a landscape contractor who had a reputation for pricing his jobs low. I asked him why? How did he calculate his estimates? He didn’t charge for his truck, “because you need a vehicle to drive around in anyways.” He didn’t charge for his phone, “because you need a phone anyways.” He didn’t charge for the work his wife did, “because she doesn’t have a regular job.” And so on. You get the direction this conversation was going. Do I have to tell you how soon it was that he was no longer in business? He only made it another two years until it just did not pay for him to keep working. He had lots of work, but very little left for him, his truck, his phone and his “unemployed” wife at the end of the season. Big, big mistake.

Now, I am the first to admit that every retailer and contractor has to be aware of what the competition is charging; it would be foolish not to be. But be realistic when sizing up who your competition really is. I was never in competition with Wal-Mart. They were there, down the street from me, but if you think for one moment that I was after their customer base, think again.  If I had been after Wal-Mart’s customer base, I would have never been a success. If you build your business on low price, you will lose it on low price.

The first rule everyone must learn about Wal-Mart’s customer base (or similar discount chains) is that they will never allow you to make money. It is against their DNA. They will badger you to lower your prices, while milking every service you have, until the receiver hangs out the bankruptcy auction sign. I don’t apologize for my negative view of this group. They are the most vicious group of consumers you will encounter. You will never win them over by explaining that your products or services are better and worth the additional dollar. They will not believe you.

Hans DeJongh of Paridon Horticultural, in Delta, B.C., told me this story. Hans visits many different garden centres, from the ones with the finest of service, to those that offer next to none. He has a good overview of the trade. One garden centre he visited offers no service at all, but they do offer low prices. A customer will walk in, looking for a particular tree; staff will shout to him, “It’s down there at the end. Keep walking and you will find it.” That is their idea of service. He asked them what their biggest customer complaint was and in spite of their very aggressive pricing, they said it was, “Your prices are too high!” If you cater to the low price seekers, expect them never to be satisfied.

Now that I have that off my chest, who do you want for your customer base? You want the approximately 20 per cent of the population who see a value in shopping with you, those people who understand that the service you provide is worth the higher price. If a customer cannot see the value-added service you offer, that your plants are superior, your place is better organized and cleaner, then they will head off to find a lower price. This is why I have preached, nonstop, that your place must offer the three basics: quality, service and selection.

Price is not everything to everyone. That is a mantra that every garden centre owner and landscape contractor needs to repeat, again and again.

Here is a story that is not from our trade, but it does hammer home my point. There is a local pizza parlour that we order from every two weeks or so. It costs us 30 bucks for a pie and we get eight slices: three for me, two for my beloved and three for the fridge for the next day. It is tasty and they treat us well at the pizza joint.

A few weeks back, a coupon arrived in the mail from Pizza Pizza. We have never been there. The coupon said that we could get the same pizza for fifteen bucks or half the price of our regular joint. We are rarely tempted by a coupon, but we decided to give it a try. I made the call. The number was not to our local franchise, rather, to a central dispatch that looks after all of Canada. No personal service. The order goes through and I head down to pick it up. Okay. Where do I begin? The card board box had as much flavour as our pie (and I am being polite). The weight was one half of what our regular pizza would have weighed, so you know they skimped on their toppings to get the price down. The moral of this story is that we tried the low price but found it was not worth any penny of those dollars spent, so we returned to our neighbourhood pizza joint with its personal service and good tasting pie. Lesson learned.

Here is one final story on the subject: In 1984, I had a wise guy come into my garden centre and tell me, “If you cut your prices in half, then you will double your sales.” I couldn’t resist. I responded, “I make 10 per cent after all the bills are paid. If I cut my prices in half, I will lose 40 per cent on every sale. If I am going to lose that much money on everything I sell, why would I want to sell more of it? Wouldn’t I just be incurring debt at a faster rate?” The know-it-all shook his head and said, “You don’t know anything about business.” I guess not, according to him.

Ignore the stupid people and check your books before determining your prices, to see what you need to turn a profit. That will help you to stay on the road to success.