Municipal slip and fall claim goes to the Supreme Court 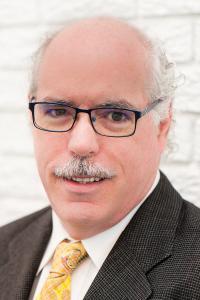 In Nelson (City) v. Marchi, municipal employees plowed snow from angled parking spots on a downtown street creating a snowbank between the spaces and the sidewalk, without carving a route to the sidewalk.

The predictable, perhaps, occurred: A woman attempting to climb over the bank fell, suffering (it was later agreed) $1 million in personal injury damages. The matter proceeded to trial, where British Columbia’s Occupiers Liability Act, which places obligations on the “occupier” of a premises to take care to see those who enter the premises are reasonably safe, did not apply as public roads and highways are exempt from its application. Similar exclusions to occupier’s liability legislation exists in other jurisdictions in Canada. The case made it all the way to the Supreme Court of Canada.

At trial, the city said its policies were to remove the snow banks only after other priority areas were addressed and, even then, only when doing so would not interfere with downtown business traffic or create noise overnight. It argued these were, in the context of budgetary restraints, “core policy” decisions for which it was immune, in law, from liability. The trial judge agreed. He then went further, and held that if the city was not immune, its conduct nonetheless did not amount to negligence (because the snowbank did not pose an objectively unreasonable risk of harm and its policies were reasonable). He also held the plaintiff could in any event not recover because she was the “author of her own misfortune.” The B.C. Court of Appeal and the Supreme Court of Canada both ultimately disagreed on all three points.

The Supreme Court acknowledged the well-established principle that government decisions should be immune from negligence liability because they “are based on public policy considerations, such as economic, social and political factors.” It observed that subjecting such “value judgments” to legal review would “entangle the courts in evaluating decisions best left to the legislature or the executive.” As well, “if courts were to weigh in,” it held, they would “be second-guessing the decisions of democratically elected government officials.” The court accordingly confirmed the remedy for those harmed by core policy decisions “must be through the ballot box instead of the courts.”

On the other hand, the court confirmed the Crown can be subject to liability “as if it were a private person,” and confirmed “good reasons to hold public authorities liable for negligent activities falling outside this core policy sphere.” It further confirmed the modern law of negligence applies to both private and public defendants alike, “subject to any contrary statutory provision or common law principle.”

How, then, does one decide what is, and is not, a core policy decision? On this question, the court confirmed the determination must be made on a case-by-case basis. Generally speaking, however, the court held core policy decisions will usually:
Operational decisions, on the other hand, are generally made “on the basis of administrative direction, expert or professional opinion, technical standards or general standards of reasonableness,” by individual employees who are responsible to implement previously formulated policies without a sustained period of deliberation. The court also clarified a core policy decision does not exist merely because it involves budgetary, financial, or resource considerations or because the word “policy” is used to describe it.

On the case before it, the court held Nelson had failed to prove its failure to clear paths had resulted from core policy decisions, such that the city could be liable in negligence for those failures. We anticipate governments in general (and municipalities in particular) may adjust their processes to have practices and policies that are risk susceptible increasingly decided by high-level employees as part of general budgetary allotments and debates. These decisions might even be dealt with in some detail before legislatures, councils or committees, where the public can be invited to make submissions. The approach might extend well beyond construction and maintenance activities, of course, to include risk management in relation to a wide range of risk-intensive services and programs.

In addition, and of interest to CNLA members, public authorities will no doubt continue, and perhaps increase, their efforts to off-load risk in contracts. In doing so, they might also increasingly look to transfer risk through contractual hold-harmless clauses and indemnity agreements. Through such clauses, providers are often asked to fully indemnify and save those that hire them harmless where claims are made in connection with the underlying contract, or where the provider is in any way at fault (and sometimes even where the authority is itself partially at fault). Such broad indemnity clauses should be resisted by contractors (and their insurers) on the basis that the scope of the contractor’s liability should never extend beyond the consequences of the breach of contract or negligence of the contractor or its forces.

The Supreme Court’s response to the trial judge’s finding the plaintiff was “the author of her own misfortune,” also deserves comment. Notably, the court confirmed under British Columbia’s Negligence Act (and in other
statutes passed across Canada) damages must be apportioned on the basis of comparative fault, such that contributory negligence is no longer a complete bar to recovery. The court also held the “voluntary assumption of risk” defence was not a bar to recovery because it must be “narrowly applied” and requires the defendant to prove the plaintiff, among other things, “understood that she bargained away her right to sue.” The point, for present purposes, is that neither government authorities nor contractors should assume that, where a claimant makes a terribly bad decision that causes him or her injury or damage, they will face no liability. Rather, unless it can be said the claimant knowingly waived the claim, the claimant’s contribution to the loss will have to be weighed with the contributions of others.
Rob Kennaley is with Kennaley Construction Law, a construction law firm with offices in Simcoe, Toronto and Barrie.
Share
Tweet
Mail