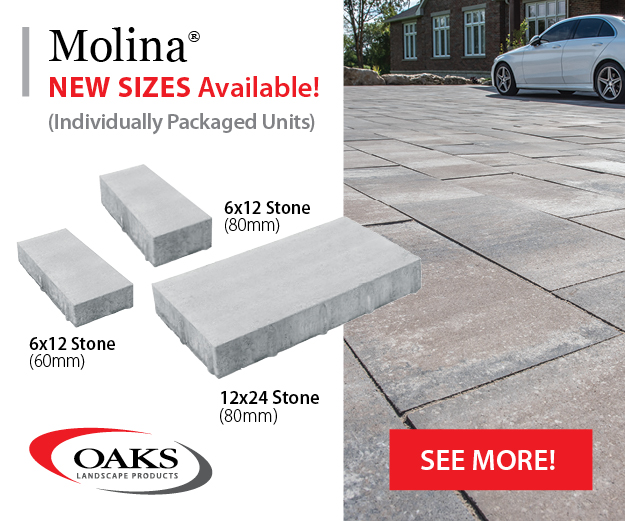 Landscape Trades April 2000
Share
Tweet
Mail
How much is too much?:
Integrated Pest Management for turf
By Steve and Suz Trusty

Weeds, insects, diseases - how much is too much?
That's what Integrated Pest Management (IPM) for turf is all about
Turfgrasses generally cover a large area, often with numerous variations in microclimates and with differing degrees of use. Few areas demonstrate turfgrass maintenance challenges and the need for IPM as visibly as an athletic field. Here, turf becomes the stage for player competition that is viewed by fans in the stands and via the television screen. The players don't just walk across the turf surface, but they run, leap, dive and fall on it. They have close, frequent, physical contact with the grasses, both in practices and in games. They concentrate their activity in certain spots such as between the hash marks on a football field or at a soccer goalmouth.

Pest vulnerability increases with this stress on the turf, but maintenance practices are limited by the amount of on-field activity. An effective IPM program provides the practical solution for keeping the field in good condition.

Set the standards
To develop an IPM program, first determine the turf quality level to establish and maintain. Safety and playability are the two most important issues in sports turf management. Aesthetics, the looks of the sports field, become an issue only when safety and playability are achieved. Any good sports turf manager would opt for an ugly field that is safe and playable over a beautiful field with hidden hazards and unstable conditions.

The safety of the athlete is the primary concern, be that athlete a person engaging in professional sports or a youngster taking their first kick as part of a soccer team. Playability factors involve far more than the basic covering of turf and no standing water. Ideally, the field is so well maintained it becomes a non-issue for athletes, allowing total concentration on playing the game. The turfgrass is dense, uniform and deeply rooted, with a layer of thatch thick enough to protect the plant crown and provide cushioning for the player. The soil base is uniformly level, firm enough to provide good footing for the athlete, but not so firm it becomes hard and compacted.

A broad range of conditions could meet these requirements. For a sports field, considerations would include the amount of use; the weight, speed and skill levels of the athletes; the expectations of the field user groups; the budget and the availability of equipment, material and labour resources. Use, expectations and budgets are common factors in any turf care program.

Prepare for battle
The best defense is a good offense. This works with pest control as well as competing athletic teams. Healthy, thriving turf has a greater resistance to weed, insect and disease invasions and competes more effectively against these pests when they do occur. Sports turf managers analyze the physical components of the soil of each field and each section of a field, noting the percentages of silt, sand and clay, the percentages of organic matter and how these differing elements are distributed. Understanding the growing medium allows them to manage it more effectively. For example, a heavy clay soil has a higher density and is more susceptible to compaction; a soil with high sand content will be less prone to compaction, but will retain water and nutrients less effectively.

They send soil samples for laboratory analysis to determine nutrient and pH levels and get recommendations on fertilization programs to achieve optimum conditions.

They study water movement during rains and irrigation cycles to monitor the amount and direction of runoff under varying conditions; to discover how quickly water moves from the surface of the field into the soil (infiltration rate) and how quickly water moves through the soil (percolation rate). Areas with high infiltration and percolation rates will move water into and then away from the turfgrass root zone more quickly, thereby requiring more frequent irrigation to meet plant needs during dry weather. Heavy clay soils may need several short irrigation cycles spaced over several hours to allow water to infiltrate into the soil and percolate to grass root depth.

Sports turf managers analyze the performance of turfgrass varieties to select the best performers for the geographic region, soil conditions and degree of use. When seeding with such cool-season turfgrasses as bluegrasses, perennial ryegrasses and turf-type tall fescues, they'll select several different cultivars so the strengths of one will balance the weaknesses of the others.

Once the turfgrasses are selected and actively growing, they'll adapt the mowing height to optimum levels for those grasses and the field use. They'll vary the frequency of mowing, never removing more than one-third of the grass leaf blade at any one mowing, and will make any major height changes gradually, through a period of smaller height adjustments.

What IPM is - and isn't
With the comprehensive maintenance program in place, the IPM program can be developed. IPM doesn't mean the eradication of all pests, nor does it mean the elimination of all chemical controls. Basically, it's a multi-part system involving:

Thus, effective pest control in turfgrass IPM involves reduction of the pest population, which has caused destructive activity greater than the acceptable level.

The acceptable level of damage will vary depending on the use of a specific area and the expectations of those using the turf. A few broadleaf weeds scattered along the outfield fence of a recreational baseball field might be acceptable until the next cycle of spot weed control. The same amount and placement of weeds would be unacceptable for a university stadium baseball field.

Seasonal changes also affect the acceptable level of damage. Annual grassy weeds, such as crabgrass, developing on a sports field in mid-summer would require control measures. Except for high profile, heavily used sports fields, the same weeds appearing in mid-autumn generally would not be treated since the first hard frost would stop their growth. However, in both situations, the infested areas would be noted for preemergence weed control at the appropriate time, with the appropriate chemical.

Cultural Controls
Intensive monitoring of a specific pest begins at the action level, the lowest pest population density at which damage begins to occur. Adjustments in cultural practices will begin at this point for high-use, high-visibility fields in most situations of pest infestation and for all fields when the pest has a strong potential for extensive damage.

For example, viruses, bacteria, and fungi are all disease threats, with fungi the most common turfgrass pest. In order to develop, diseases need three factors working together: a susceptible host, a pathogen and the proper environment. Since removing the host isn't an option and the pathogen will either be present or very likely to occur, the cultural control method here will involve a change in environmental conditions. For a sports field, this might mean fighting snow mold by removing a turf tarp during warm days in mid-winter to increase air movement and lower the soil temperature. To prevent damaging action by fungi that thrive at high temperatures, a short irrigation cycle might be used to cool the turf and soil surface below the action point of that organism.

Overseeding thinning turf areas and increasing the levels of fertilization can increase turfgrass density and minimize the potential for weed infestations. Dense, actively-growing turf also may be able to generate sufficient root and tissue mass to feed a small infestation of insects without allowing the damage they cause to reach an unacceptable level.

Chemical Controls
When damage reaches the unacceptable level despite cultural controls, chemical controls may be needed. Pesticide choices must consider the degree of effective control they have the potential of achieving with the target pest, the level of hazard they pose for humans, non-target organisms and the environment, and whether their residual effect will be limited to the required control period.

The life cycle of the target pest must also be considered. Pest control applications should be timed for effectiveness, hitting the target pest at the point of its greatest vulnerability.

The area to be treated is equally important. Spot applications for weeds, insects and diseases generally are sufficient to curb minor infestations and limit the amount of pesticide exposure for humans and the environment. Costs are reduced as well.

Always read pesticide labels and precisely follow the label instructions. More is not better and less may not be effective. Sensible application techniques are essential. Wind will impact pesticide placement and increase the risk of drift. High temperatures will increase volatilization. Irrigation may be required either prior to or after the pesticide application to insure the material reaches the target pest.

With IPM, application is not the final step. Control effectiveness is monitored and the IPM cycle begins again.