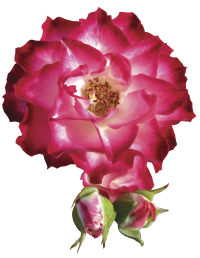 There is the famous line that is often quoted that reads, “that which we call a rose by any another name would smell as sweet.” We say it. We hear others say it, but it was Juliet who said it first, or so writes the Bard. I am coming to this literary party a bit late, but I may be quoted as saying, “this rose is a good one.” While I am not as eloquent as Shakespeare, it will suffice.

This year, the people of the green trades have a new rose to show off, and it is a winner. The Never Alone rose will be introduced to the public at the 2014 Grey Cup game, and be available for purchase the following spring at participating garden centres.

To begin with, how nice is this rose and what does it look like? Fortunately, we have photos worth a thousand words in this article, but the words that are often used to describe this rose, besides beautiful and a real winner, include: hardy, dwarf, and disease resistant. The foliage is a dark green and I can attest to that as one is growing in my back garden. It is a prolific bloomer, especially when you remove the spent blooms, and it has a two-tone bloom with red and white as its primary colours.

Readers from the trade will remember that in 2011, the Canadian Government stopped funding the national rose breeding program that so many researchers had dedicated their lives to develop. There was an imminent danger that 70 years of research would be lost, until the Growers Group of the Canadian National Landscape Association (CNLA) stepped in and moved the breeding stock close to Portage, Man., then the genetics were transferred to the Vineland Centre for Research and Innovation. If memory serves me correctly, they moved over 10,000 plants, and began the process of selecting some great roses for us to sell. While the roses are currently bred in southern Ontario, they are tested and trialed across the country.

Never Alone was one of those plants and it has survived for three years in southern Manitoba. It is safe to rate it as a Zone 2b rose. A partnership was formed with The Never Alone Foundation, a group that I had not heard of until I was introduced to this rose. This group was founded by Lyle Bauer, as he believed that many cancer patients experience the disease by themselves. Most of us receive support from our families and friends when we are not well, but there are those who do not. As well, The Never Alone Foundation has members who can relate and comfort patients in their journey from doctor to hospital or hospice, and if they are lucky, back home again. 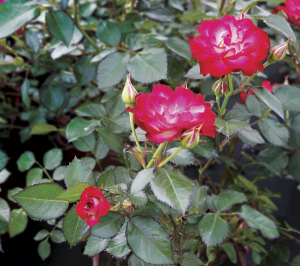 Years ago, one of my closest friends, Larry Mathieu, was diagnosed with cancer of the liver and given six months to live. I told him, “I can be your friend through this, but not your cancer friend because I am out of my league. I do know someone and I will make that phone call.” I called up another friend, Charlie McCudden, who had been struggling with cancer for years, and asked him to look after Larry. He did and he did so in a way that I could not. Just before Larry’s death, he told me that the best thing I ever did for him, as a friend, was to introduce him to Charlie. That, in essence, is why Lyle started the society. He did not want to see anyone having to suffer alone. I asked Lyle about his experiences and his reply is heartfelt: “I have spent countless hours at the bedsides of people who have lost their battle and the consistent message of their last words is 'don't ever stop fighting and caring.' That is what drives me because I am one of the lucky ones and I know it. Not a day goes by that I don't think of them, thank them, and cherish the passing time we had. One thing about cancer and any other cruel disease is that it makes people real.”

Lyle also mentioned that he wants to see cancer changed to an aliment rather than a terminal disease. I agree with that sentiment. There are several diseases that, when I was a child, were considered terminal and today, they can be cured, if that is the right word.

The CFL Players’ Alumni has been involved with this rose and are willing to carry out some of the promotion so as to benefit The Never Alone Foundation. 10 former CFL players will be available in each team's market for events at garden centres to help promote sales of this special rose. Once again, Canadians rally to help each other. That is our way.

Perfect for patio pots
The Never Alone rose is a true dwarf and it is very suitable for growing in a container as a patio rose. I did so this summer and with very good results. There are a number of growers who will be offering this rose at wholesale to the retail garden centre trade. The trade will be promoting and selling it to the public. Preliminary tests indicate that the public is quite interested in the rose and many have even offered to pay more than the retail price if they are given a tax receipt. I was surprised when I heard that story but it certainly made me proud to be Canadian.Visit cnla-acpp.ca/neveralone

Check this rose out. The CNLA, the Never Alone Foundation and the CFL Alumni are all involved. All that is required to ensure the success of Never Alone is you, the retailer. It will sell.